The Awareness-Raising Campaign on “Benefits of Sustainable Pasture Management” in Lori, Shirak, Gegharkunik and Tavush marzes of RA is over.

The goal of the campaign was to build a culture of environmental protection, reasonable and safe usage of natural resources, in particular the pastures among the local population.

Within the framework of the campaign, SDA NGO’s program team provided technical assistance to the Lori, Shirak, Gegharkunik, and Tavush marzes’ enlarged communities’ relevant staff to develop texts and visual materials. During three months 36 text/photo posts, 2 video posts have been prepared and published on their municipalities’ Facebook or website pages. During the awareness-raising campaign, a drawing contest for children entitled “My Pasture” has been launched in 25 enlarged communities in Lori, Shirak, Gegharkunik, and Tavush marzes of RA. The main goal of the contest was to increase children’s interest and knowledge about pasture conservation, as well as to raise responsibility towards the environment.

During the campaign, “My Pasture” drawing contest was organized for the children of 5 enlarged communities of Lori, Shirak, Gegharkunik, and Tavush marzes to increase their interest and knowledge about the importance of pastures, as well as to instill a sense of responsibility towards the environment. During the contest, the participants presented their drawings, which expressed the children’s ideas about pastures. After summarizing the results, the winners were selected and awarded with diplomas and gifts. The other participants were given certificates of participation and encouraging gifts.

To increase the efficiency of the campaign, informative flyers on two topics – “Advantages of Sustainable Pasture Management” and “Production of Fodder Crops under climate change” have been developed and distributed to reach those people who do not use social media. 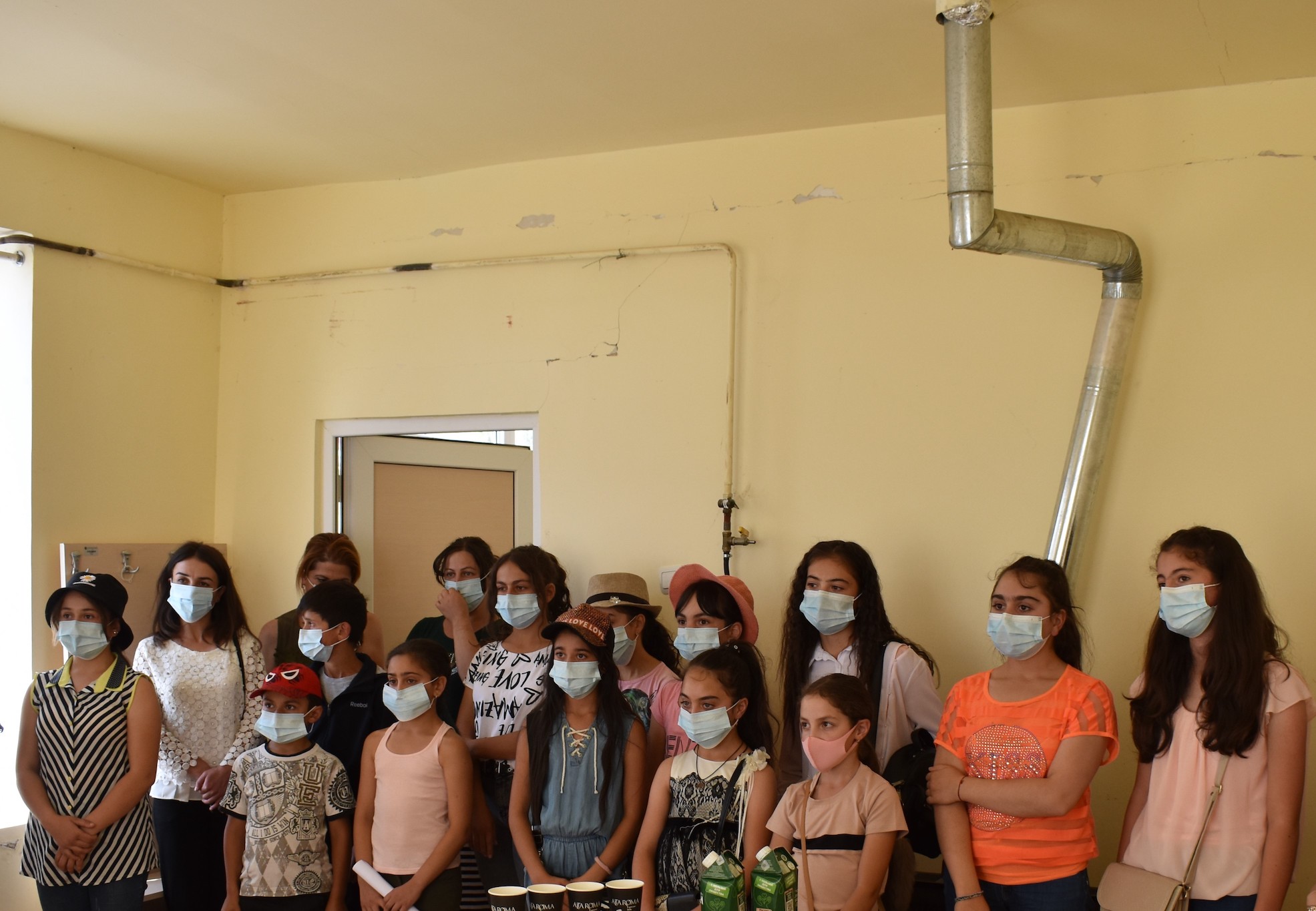 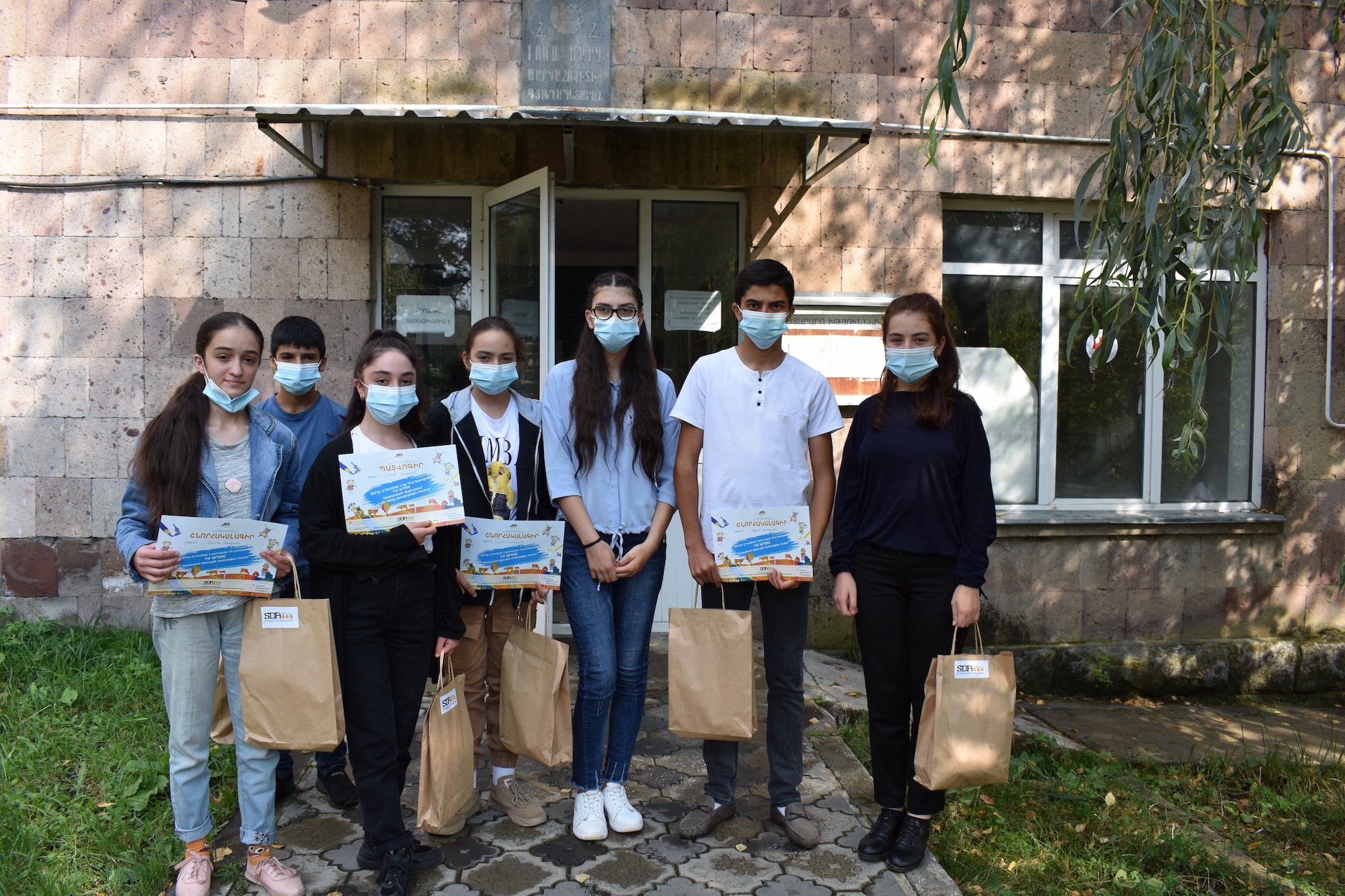 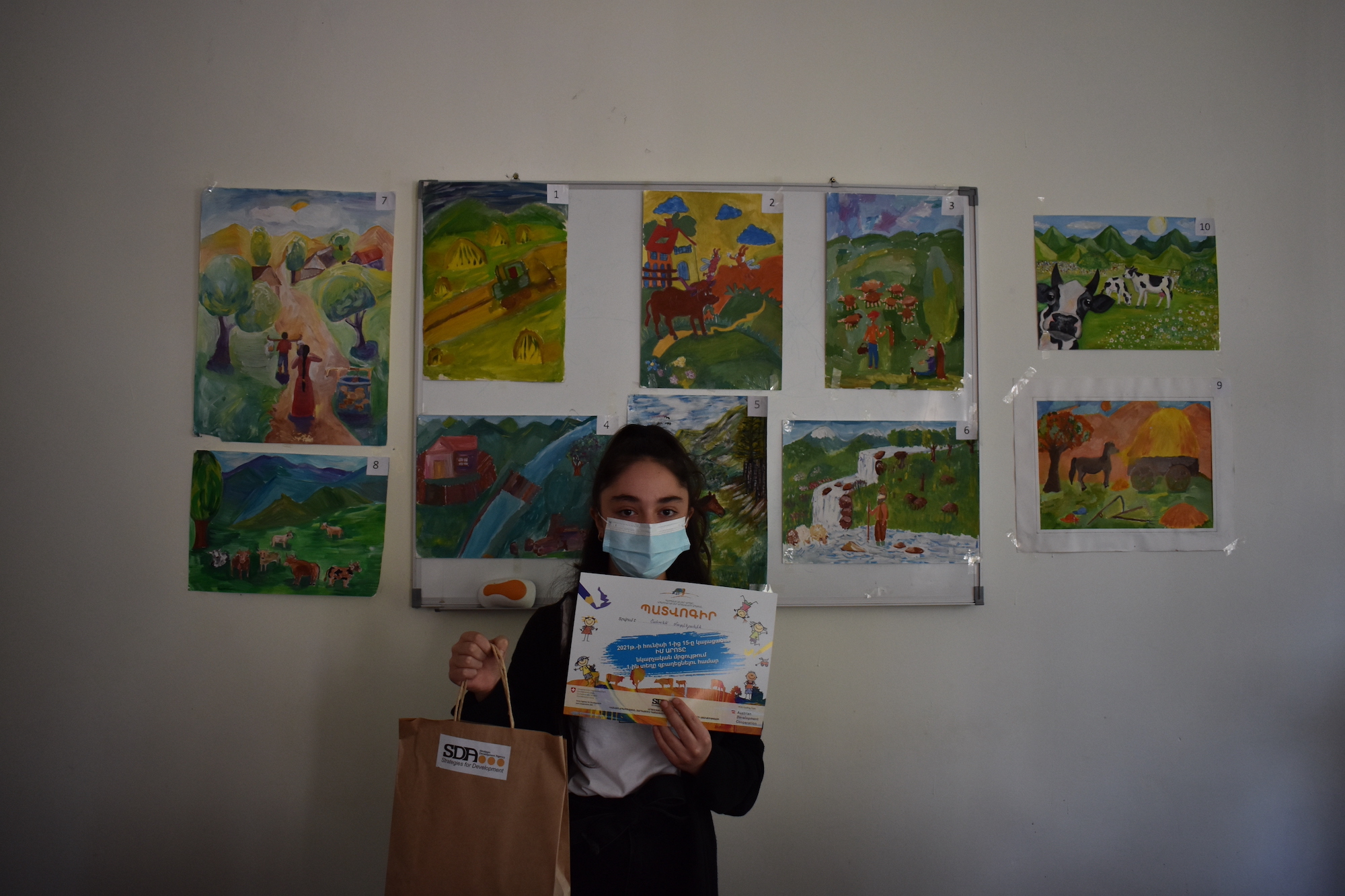 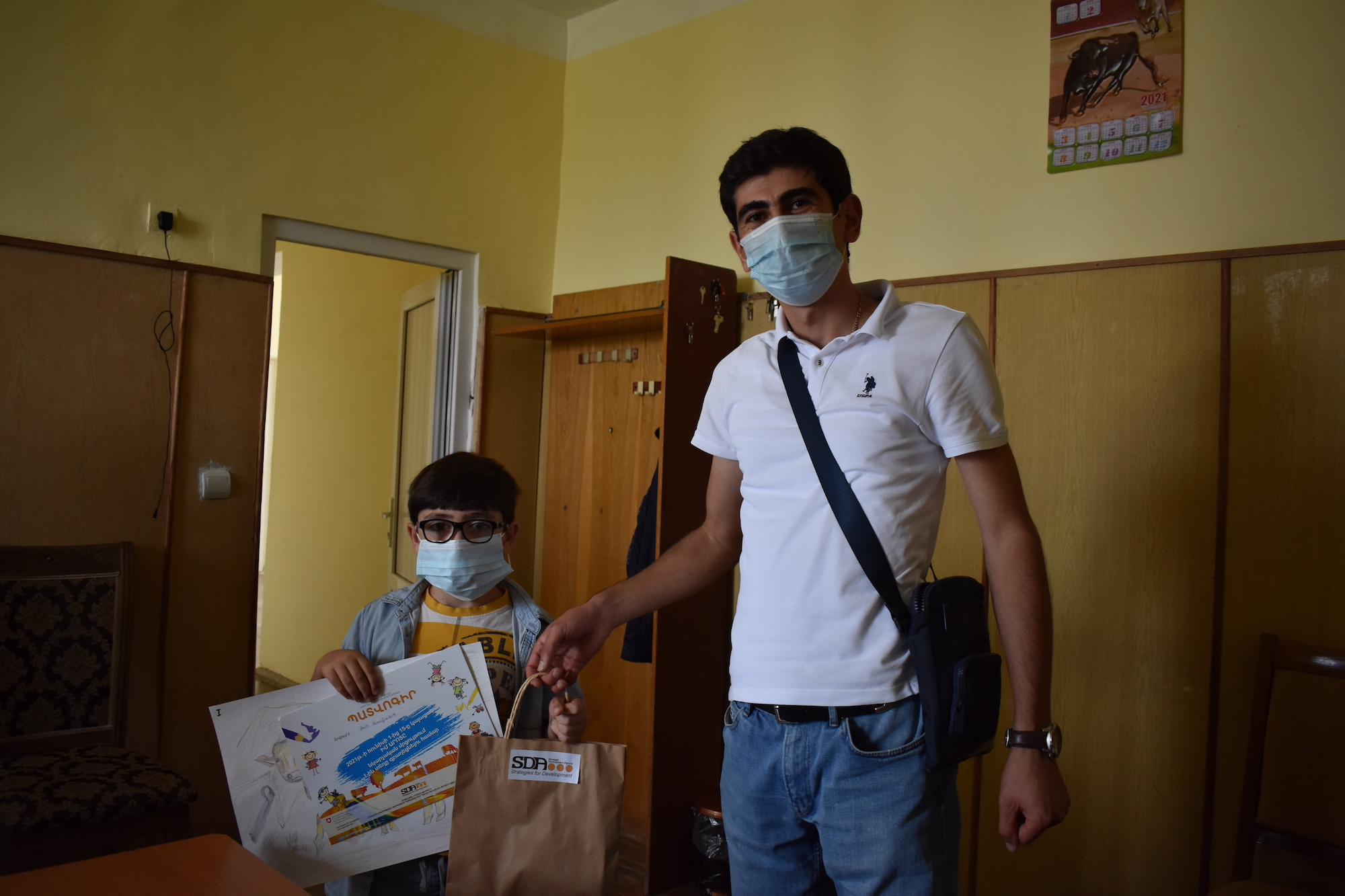 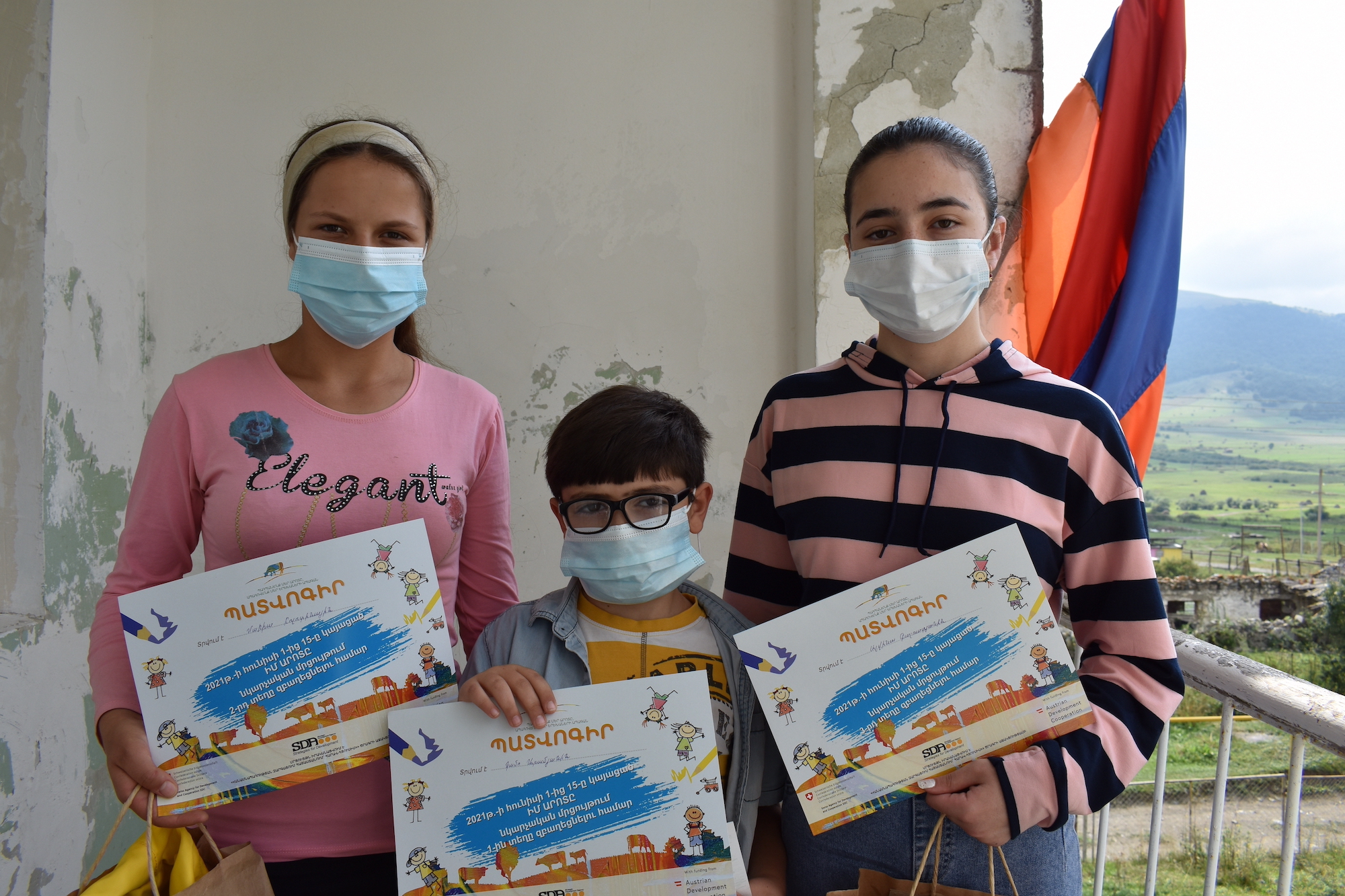